One of the most intriguing and unexpected items to be found amongst the manuscripts at Lambeth Palace Library is an 18th-century lock of hair, almost chestnut in colour, curiously arranged into a woven lattice and encircled by a thicker, more lustrous lock. Identified by the inscription as ‘Lady Suffolk’s Hair’, the lock remains an evocative memento of an extraordinary 18th-century woman: Henrietta Howard, Countess of Suffolk (1689–1767), mistress of George II, architectural patron, and a muse of Alexander Pope, Jonathan Swift, and John Gay.

Born in 1689, Henrietta was the third daughter of Sir Henry Hobart, 4th Baronet, whose chief claim to fame today is his 1698 death participating in the last duel to take place in Norfolk. In 1706 Henrietta married Charles Howard, third son of the 5th Earl of Suffolk. Despite bearing him a son less than a year later, the marriage quickly soured. Charles’ frequent drinking, gambling and whoring placed the family in constant financial straits, and Henrietta suffered frequent physical and verbal abuse. In 1713, fleeing creditors and desperate to improve their situation, the Howards travelled to Hanover to pay court to the dowager electress Sophia, heir to the British throne. When Sophia’s son George succeeded to the British throne as George I in 1714, the Howards returned to London with new positions of influence: Henrietta as a woman of the bedchamber to Caroline, princess of Wales, and Charles a groom of the bedchamber to the new king.

In 1717, a serious rift between George I and the prince (also George) and princess of Wales also led to the separation of Henrietta and Charles, who soon informed her he no longer considered her his wife. Shortly after this, Henrietta become the mistress of George (later George II). With her pale skin, slender figure and long. chestnut tresses, George was attracted by both her physical charms, as well as her remarkable patience with his tedious conversation (the last British king to lead his troops in battle, George delighted in exhaustive descriptions of military campaigns). As Henrietta reached her late 20s and early 30s she was plagued by headaches and began to lose her hearing, the latter no doubt useful in her tête-à-têtes with George. Henrietta was also noted for her discretion and neutrality, so that she was referred to as ‘The Swiss’ by other courtiers. This skill was particularly useful in navigating the curious royal love triangle she was now a part of with the king and the queen, to whom she was still a woman of the bedchamber. Caroline, in fact, tolerated and even encouraged the pairing, preferring the mild and good-natured Henrietta to a potentially more scheming and ambitious mistress. Nevertheless, she kept Henrietta in check by referring to her as “my dear Howard” and ensuring she fulfilled even the most menial of her duties, such as holding the basin of water with which the queen washed herself each morning.

Perhaps the cleverest queen consort to ever grace the British throne, Caroline gathered about her a lively and intellectual circle featuring such luminaries as Alexander Pope, John Gay, and Jonathan Swift. Noted for her own intellect and wit, Henrietta charmed these men of letters and became particularly close with Pope. She was the inspiration for the character Chloe in The Rape of the Lock and he also wrote an amusing poem as if written from his country dog Bounce to her court dog Fop, which gently mocked courtiers and court life: 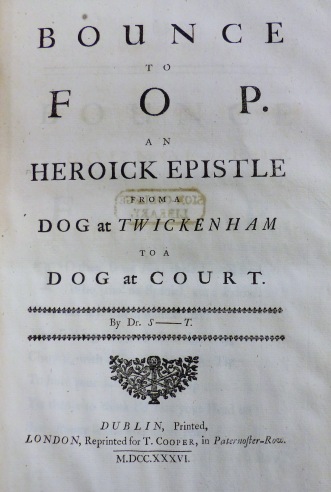 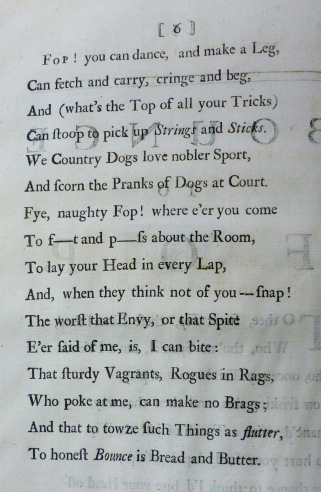 ‘We Country Dogs love nobler Sport,/ And scorn the Pranks of Dogs at Court.’

In 1723, Henrietta received a substantial settlement from George which she used to build Marble Hill House on the banks of the Thames near Twickenham. Built in the Palladian style, its compact design was highly admired, and it became a standard model for subsequent Georgian villas. In 1731 Henrietta’s estranged husband became 9th Earl of Suffolk, and though the couple had legally separated in 1728, Henrietta now became Countess of Suffolk. In addition to her new status she also received a substantial inheritance from the 8th Earl, and a new position at court as mistress of the robes to Queen Caroline (George II succeeded to the throne in 1727). Her husband Charles died in 1733 and the following year George II ended his relationship with Henrietta, reportedly describing her as an “old, dull, deaf, peevish beast”. Soon afterwards she also resigned as mistress of the robes, ending 20 years of service to George and Caroline.

Freed from the threatening behaviour of her husband and the rigours of court life, Henrietta thrived. In 1735 she married George Berkeley and together they established Marble Hill as the centre of ‘The Twickenham Set’, attracting poets and wits down from London. After 11 years of happy marriage, Berkeley died in 1746. Thereafter, she took great interest and delight in the families of her siblings and befriended Horace Walpole, her near neighbour at Strawberry Hill House. Henrietta’s stories of the court of George II formed the chief source for Walpole’s Reminiscences, Written in 1788, for the Amusement of Miss Mary and Miss Agnes Berry (1798), which remains an entertaining account of characters and personalities of the period. Henrietta died at Marble Hill on 26 July 1767. Walpole was one of the last people to see Henrietta alive and shortly after commented: “I never knew a woman more respectable for her honour and principles, and have lost few persons in my life whom I shall miss so much”. Perhaps the most touching and enduring of tributes to Henrietta, though, remains Alexander Pope’s poem ‘On a Certain Lady at Court’, which engagingly captures Henrietta’s character: